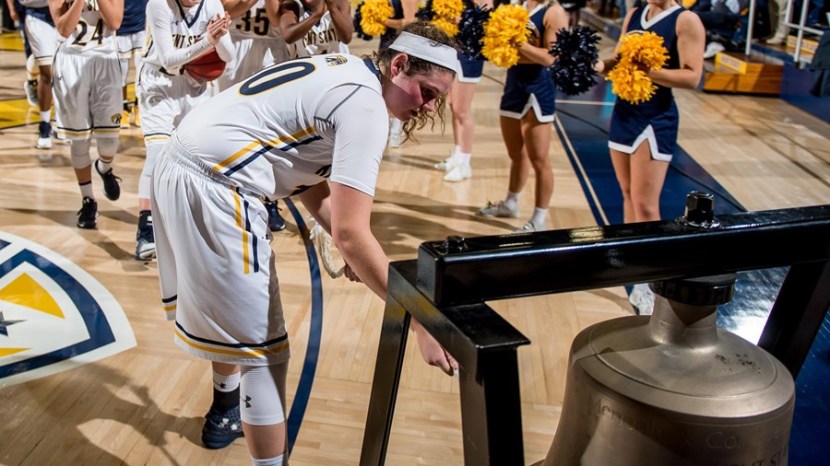 So her teammates stepped up, three of them joining Korinek in double figures as the Kent State women beat Detroit Mercy 82-74 in their home opener Thursday. The victory moves Kent’s record to 5-3 on the season.

Korinek struggled with a tight hamstring, especially in the first half and went an uncharacteristic zero for her first six shots. She had been making 62 percent of her field goal attempts, second in the MAC and 20th in the country.

Korinek still ended up with 17 points, but Ali Poole and Alexa Golden stepped up with big first halves, and McKenna Stephens had an even bigger second half. Stephens finished with a career-high 22 points on 10 of 17 shooting. Golden also had a career high with 18 points. 10 in the first half. Poole had 14, with 12 in the first half.

It was the first time this season four Kent State players had scored in double figures. The 82 points was KSU’s high for the young season, and the 156 points between the two teams were by far the most in a Kent State game this season.

“We can’t expect Jordan to score 30 points every night,” Stephens said. “It’s just not going to happen. So you just have to pick up. Someone has got to hit a couple of shots to open things up inside.”

That someone was Stephens in the second half, when she scored 16 points, often taking advantage of Detroit’s attempt to crowd Jordan.

“McKenna made some great reads,” Starkey said, “and our guards did a good job of getting the ball there on those plays.”

Basketball people call them “backdoor cuts,” when a player breaks to the basket on the opposite side of the court of where the ball is. Stephens said it was open all night.

“We weren’t really seeing it in the first half,” she said. “And then in the second half, I told (point guard Naddiyah Cross) what they were doing. I kind of yelled it. Everybody could hear it. And they didn’t figure it out until six times later.”

Korinek, who went to the exercise bike to loosen up her leg every time she came out of the game, played better in the second half, too.

“I kind of jumped on her in the locker room at halftime” Starkey said. “I said, ‘Listen. Either you’re hurt, or you’re going to play, and you’re going to play the level of your ability. We’re counting on you. She responded with a much better second half, and because of that, everybody else played played well at the same time.”

Detroit made eight of 13 first-quarter shots, including three three-point baskets, and led by as much as nine in the quarter.

“Detroit played harder than we did in the first quarter,” Starkey said. “They were playing with some desperation to get a win.

“We were able to match their intensity in the second half, and I was happy with that. But we need to find a way to overcome some of the lapses in focus and intensity that we’ve had all season.”

The second thing Starkey grumbled about in his postgame press conference was KSU turnovers late in the game.

“We’ve got to make sure that we don’t we don’t make runs and then give it back,” the coach said. “We did twice in the fourth quarter. We had a 10-point lead, and they cut it to three or four, and then we pushed it out again. It’s kind of us getting in our own way.”

The Flashes go back on the road next week for a Tuesday game at Eastern Kentucky, which is 2-4 and has lost to three other MAC teams — Bowling Green, Akron and Ohio. KSU has only one other non-conference home game against Wright State on Thursday night, Dec. 7.